The Call of the Wild and Other Stories (Word Cloud Classics) 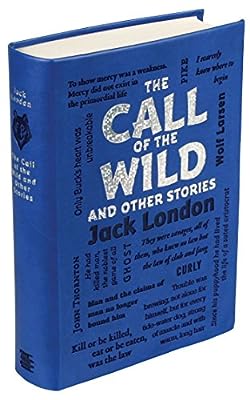 Price: $14.99
As of 2019-12-31 14:39:33 EST (more info)
Product prices and availability are accurate as of 2019-12-31 14:39:33 EST and are subject to change. Any price and availability information displayed on http://www.amazon.com/ at the time of purchase will apply to the purchase of this product.
Buy Now from Amazon
Product Information (more info)
0 0
CERTAIN CONTENT THAT APPEARS ON THIS SITE COMES FROM AMAZON SERVICES LLC. THIS CONTENT IS PROVIDED 'AS IS' AND IS SUBJECT TO CHANGE OR REMOVAL AT ANY TIME.

Powerful stories about the will to survive.

In Call of the Wild, Buck, a domesticated dog, is stolen from his home in California and sold into sled dog slavery during the 1890s Klondike gold rush in Alaska. Forced to shed the comforts of civilization, he reverts to more primitive instincts and emerges as the leader of the pack. White Fang, published before Call of the Wild, is the companion novel about a wild wolf dog who is adopted by a human and eventually domesticated. Also included are The Sea-Wolf and many short stories centered on Alaska and the Far North. Jack London’s classic tales—often told from the animal’s viewpoint—have been popular for decades and will add a bit of gold to your Word Cloud collection.